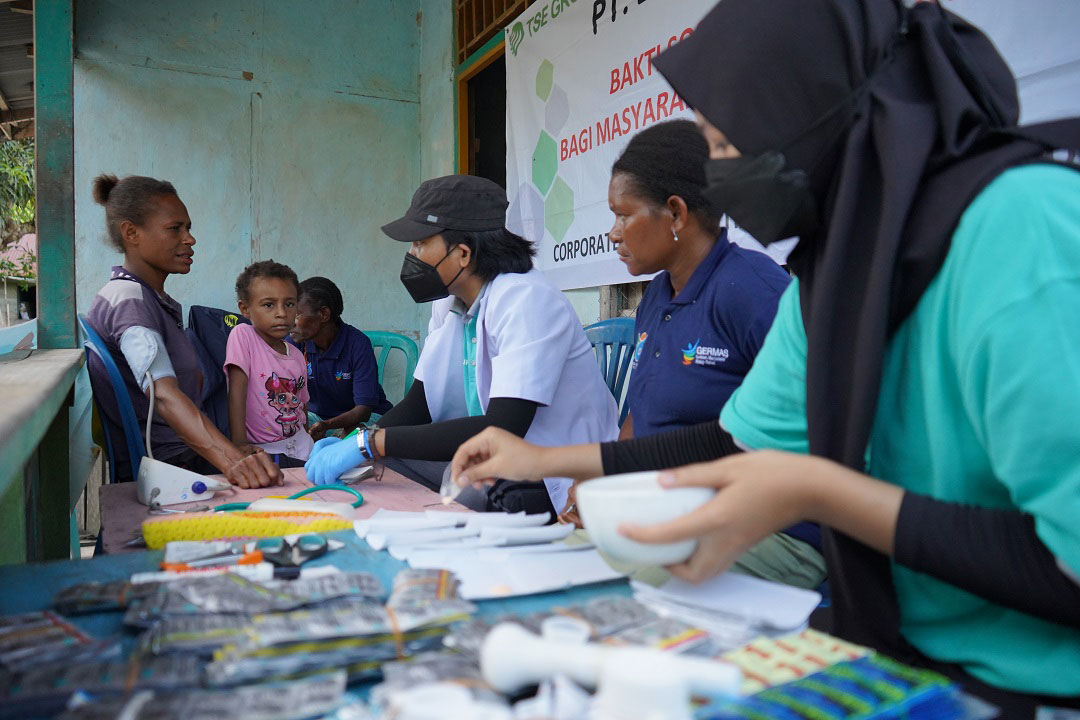 PT DP clinic doctor dr. Angga Pratama administered the checkup and treatment sessions. “We found that most of our patients suffer from high blood pressure, which can be linked to heavy venison consumption. I hope our meds will help them recover,” he said in an interview with the PR team.

In Papua, venison or deer meat is a staple part of the local diet — something not common in other parts of Indonesia. Large numbers of Cervus timorensis still roam the area, making deer-based delicacies like satay, meat floss, and dendeng (Indonesian version of jerky) easily accessible. But while it has rich protein content, deer meat can spark hypertension, especially when it’s excessively consumed or improperly prepared.

Angga added that limited health access and facilities might also play a role in poor treatment of the disease and little awareness of the disease’s dangers, which locals often complain about. His team also found other illnesses in the village, such as stomach disorders and upper respiratory tract infections (URTI).

For the service and event, Banamepe Village secretary Adam Yame gave his appreciation. He said PT Dongin Prabhawa had helped connect their people with healthcare facilities, which had been difficult to access. “I’m happy with what PT Dongin Prabhawa did today and would like to see more events like this,”

On the same day, the company placed a nature protection sign outside company areas and relayed environmental safeguarding rules to the Banamepe community. The second activity was meant to push locals into taking care of their area’s biodiversity, which includes endemic creatures like birds of paradise, cassowaries, and the previously-mentioned deers, so these populations can be maintained for years to come.