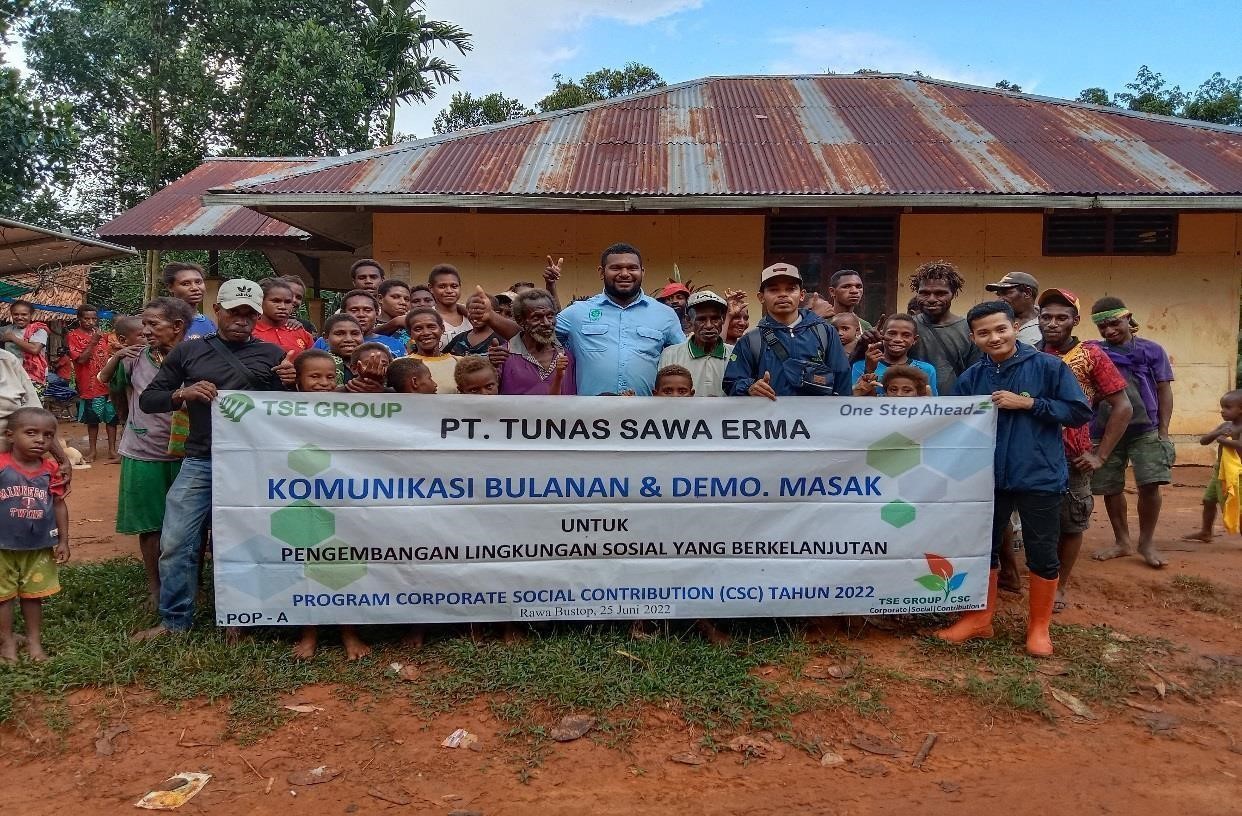 The activity is held every month for Papua’s inland communities, and this time, it was presented in the form of a dissemination session on entrepreneurship, as well as a light discussion and a video viewing segment. The video itself was created by the company and meant to educate the locals on shallot cultivation. For ice-breaking, a joint cooking demo was arranged for company representatives and Rawa Bustop mothers.

Most of the people make a living from fishing. They catch freshwater fish, which they sell in the local market. Papua’s traditional markets generally consist of a large open field surrounded by a narrow set of tall, plantation-owned trees and some semi-permanent buildings made of wood.

The residents may not be farmers, but the DIY, at-home shallot cultivation video received a good response. Locals said the knowledge was very useful to them, as it gave them something to add to their skillset and opened up possibilities to make additional income.

No wonder they were so full of enthusiasm at the beginning. Since the early morning, people had gathered in the village hall, waiting for the event to start. Throughout the gathering, sounds of cheerful laughter emanated from all participants, making that sunny day even brighter and the blue sky even bluer in this far east region of Papua.

“As a person living in the border area, I thank the company for the joy they brought us today. We hope that in the future, TSE can support us with tools and training for cultivation,” said Dorteus Mikan, speaking as a member of the clan.

During the cooking demo, the aroma of grilled fish wafted through the air, testing everyone’s patience as they waited for the appetizing, nutrient-rich meal. The activity then ended with the discussion and a group photo.

PT. Tunas Sawa Erma is a subsidiary of TSE Group engaged in palm plantation and processing in Papua. Its vision and mission is to become a global company that has a commitment to the policy of No Deforestation, No Peat, No Exploitation (NDPE). (pr)